Let’s turn our attention to Steve Easterbrook, McDonald’s new CEO. He’s been in the position for less than two months, so we will give him the benefit of the doubt and say he is not a bad guy (or at least not yet). There is still time to change the direction of the company.

It is easy to say sales at McDonald’s are on the decline because consumers have changed tastes. That’s obvious. People are increasingly demanding transparency, healthy options and better labor standards. McDonald’s is struggling to keep up.

But that is far from the whole happy meal. They are in trouble because they cannot define their own brand or what their company stands for, aside from increasingly futile attempts to make a profit as a junk food in a health nut craze. 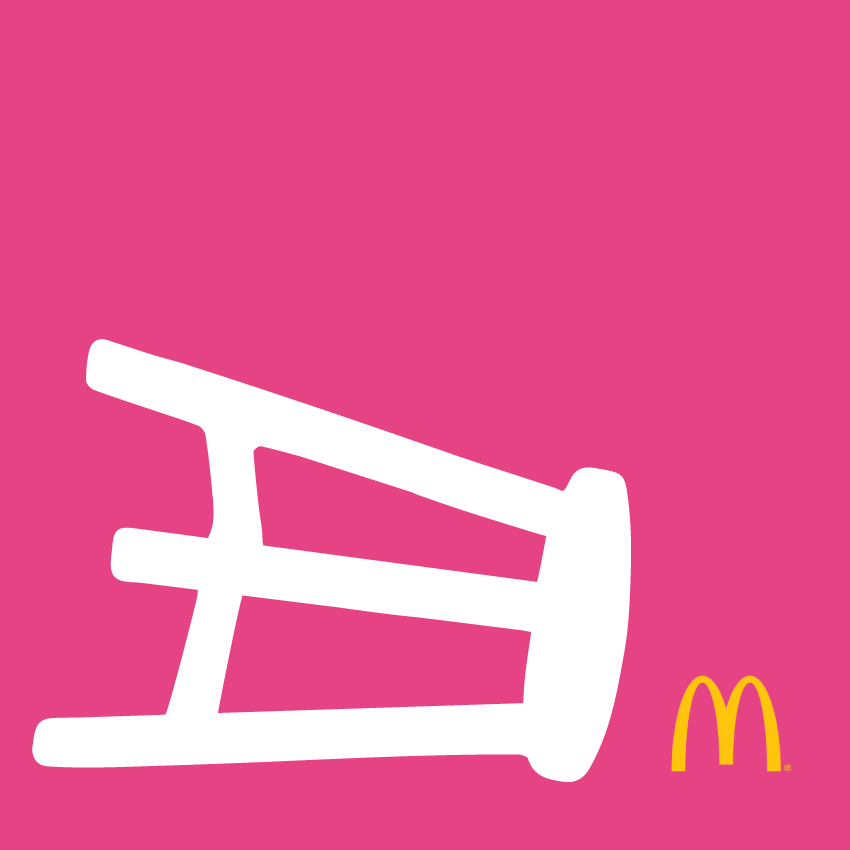 The past six months has shown a flurry of haphazard contradiction. They have both trimmed many items from their menu to speed up their service and added “Create Your Taste” menus to a host of locations. It may yield a more delicious, guacamole smothered burger, but at the price of waiting 7 minutes in the restaurant and hefting out $8.50 – a far cry from the quick drive-thru and dollar menu that once made them a staple.

Determined not to let the lovin’ die, they’ve recently staged a host of publicity stunts around “I’m lovin’ it”. But advertising will not solve their problems if they cannot define their own brand.

How can we love you if we don’t know who you are?

“When Ray Kroc helped found McDonalds in the 1950s, his business philosophy was that of a three-legged stool. One leg was the franchisees, the second suppliers and the third employees.”

Looking at the company objectively, we can see McDonald’s gives back to local communities. They do this through the Ronald McDonald House Charities, which helps children with medical support. It even offers tuition and education assistance to some of its workers. Their Corporate Responsibility Statement spouts on about how they are aiming for sustainably produced beef, coffee, palm oil and fish as well as fiber-based packaging by 2020.

Yet the associations most Americans equate with McDonalds are employees who are paid wages so low they cannot afford basic living costs and must result to welfare. We also hear tales of employees who are told to use condiments as burn ointment and returned unopened Christmas gifts for extra cash.

Their franchisees are not very pleased with them either, amid forced restaurant upgrades and mandatory advertising fees.

While McDonalds recently conceded to a $1 an hour pay raise, it only affects company-owned restaurant workers, which accounts for just 10% of their employees. Franchisees are arguing this will force them to raise wages as well, but without assistance from the corporation.

When Ray Kroc helped found McDonalds in the 1950s, his business philosophy was that of a three-legged stool. One leg was the franchisees, the second suppliers and the third employees. It seems they have lost their footing.

Companies like McDonald’s don’t know who they want to be or what they stand for. And the American public doesn’t either.

McDonald’s image and sales have slumped so badly they are closing 700 stores around in the world this year. In the US even Wendy’s and Burger King are passing them by. But Mickey D’s is the original – how is it being surpassed by its copycats?

It’s a conundrum we’ve seen too many times a company creates its own category, then sits back in horror as new companies move in and set up shop on their turf, some even making more money at it.

Give us a call, Easterbrook. Let us help you prove you are a good guy by quelling your company’s attempts to hurl money at dated advertising. Ads are Band-Aids and your injuries require open-heart surgery.

Focus that money on realigning and redefining your brand values. Stand the stool up again, and make your ethos value over profit as opposed to your current model of profit over value.

We may refuse to wear your Big Mac thermals, but we know we can help you fix your broken brand.